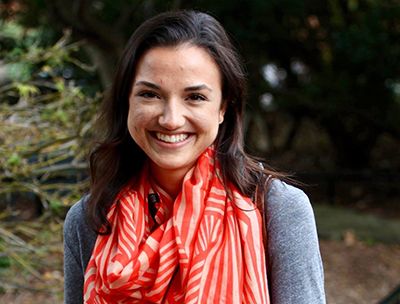 Margi Goelz joined Playtime as a Play Ranger in March 2017, volunteering in the Playtime room at D.C. General. As Playtime ended its programming ahead of the shelter’s closure later this year, Margi transitioned to the Hotel Arboretum (formerly Holiday Inn Express) and helped get the program started there.

“We wouldn’t have been able to have program at the Hotel Arboretum without her,” said Ron Sheffer, Site Manager. “She’s been incredible helping me get program started there. It’s no small feat to start a program from scratch, and she’s been a key part of that process.”

Why did you initially get involved with Playtime?
Before moving to D.C., I lived in Michigan where I spent a few years volunteering at a small shelter for families experiencing homelessness in the city I was living in. The time I spent there made a huge impression on me – not only in the relationships I built with the families and the organization, but also in raising my awareness of the larger issues surrounding affordable housing in my community. So when I moved to D.C. and met a Playtime representative at a volunteer fair, I knew it would be a great fit.

How was volunteering with Playtime affected you?
I have learned so much more from the kids than I could have even anticipated. Besides some great dance moves, the kids at Playtime have taught me so much about community, resiliency, and (most importantly) to never take myself too seriously.

Can you share a memorable moment as a Play Ranger?
Anytime I have a breakthrough with a child while I am with them one-on-one is memorable. There have been a few children in particular who I would spend weeks with one-on-one and support them in social interactions, milestone development and positive reinforcement. The changes week to week would feel slow, but over time it would be clear that Playtime was having a positive impact in their lives.

What else do you want people to know about your work with Playtime?
Volunteering with Playtime goes far beyond just the few hours spent in the playroom each week. Being involved with this organization has led me to become acutely aware of the housing, legal and other social injustices that are too often swept under the rug in our city. I am grateful that the families we serve have such a tenacious organization like Playtime advocating for them.

Learn how you can be a Play Ranger, too!